Photography Workshop with teens about them districts

META TAG is a term used in modern photography to index the image content with text, giving  informations about pictures etc. A kind of description, a consistent decoding that allow us archiving, ensuring it the sustainability in modern flows. In reference of Tag, it’s also a kind of inner language from urban, where territory and property have a cultural importance. The tag is a trace of contest coming from the street and the term « Meta » means some transcendence.

An important photography essay have been made with teens during january to May 2012 . With Brussels Eyes asbl, we have planned to ask to young people living in some particular districts of Brussels to show what is a territory ?

3 associations working in social cohesion,  3 photographers from Brussels Eyes asbl and 3 groups of teens from North, South and the Center of Brussels have questionned their territory, a strange mix between artists and unskilled youth.

Brussels’Eyes artists have selected some pictures and processed them to give the best results they can. With this contribution a sort of transmission is released.

I probably don’t know. My aim was to show art and not a work made by youth with naive pictures.
My fear was to reappropriate the work of them making something other far from what they saw.

Only the public can judge it but I found really interesting the way some teens have shown their personnality , putting me far from just reappropriation. 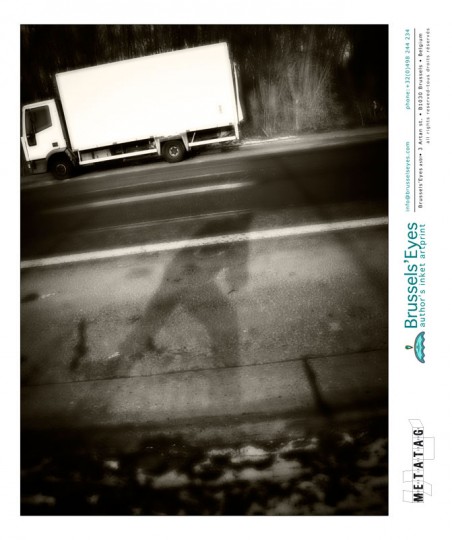 Sample image that you will see during the exhibition META-TAG. I found it really impressvie and georgous. We see a real impact photograph with a particular atmosphere; author inside © 2012 Ayoub from Berchem Saint Agathe District area

So let’s discover the other results